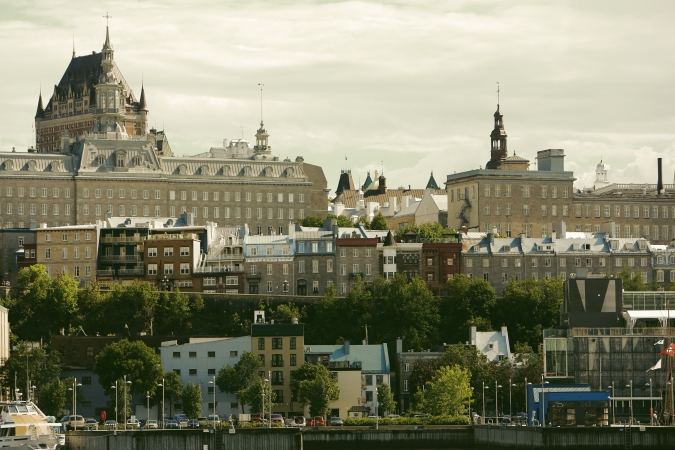 In a previous post, I wrote about how professional translators hone their skills. It is a rare and precious opportunity to be about to do everything in that post in a single day, much less over several days. For French and English translators, the On traduit à/Translate In conferences present such an opportunity. Grant Hamilton, the owner of Anglocom, the voice behind @anglais, and an organizer of the On traduit à/Translate In conference, took some time out of his busy schedule to answer my questions about this unique conference.

Ben Karl: How did the Translate In conference come about? What was the impetus for creating this conference and how did you come to be involved?

Grant Hamilton: All the credit really needs to go to Chris Durban, a Paris-based financial translator and active ATA member, who identified a need to train translators for the premium market. So in 2009, at her own initiative and expense, she invited seven other speakers to join her for a conference in Maplecrest, New York, a tiny village nestled in the Catskills Mountains where her family had a vacation home, then set up a website and announced to the world that registration was open. She planned two tracks—one into French and one into English—she made sure the conference covered a wide spectrum of topics, she organized social activities, and she welcomed some 40-odd translators to the Catskills. I was one of the instructors that Chris invited to attend. François Lavallée was another instructor from Canada. The others were from France, Belgium, the UK, and Switzerland, so the conference had a very international feel. And everybody had a great time, despite the lack of wireless connections in that tiny little town!

GH: Attendees at the Translate In conference tend to be mostly freelancers (or lucky salaried staff whose employers are smart enough to send them there) and almost invariably enthusiastic about their careers. They’re serious about their work and want to be the best translators out there. They don’t come to find out how to run a translation business or to learn how to use translation tools. They come to hone their craft so that they can sell a premium product. And there is something very inspiring about it all—you’re surrounded by self-selected translation enthusiasts, you meet people from all over North America and Europe, you get a concentrated dose of 16 hours of hands-on training by top translation instructors, and you’re in a spell-binding tourist destination that would be worth the trip even if there weren’t a conference. The networking opportunities among like-minded colleagues are great, too.

BK: What has been the most memorable conference experience for you so far as an organizer?

GH: As an organizer, I’d have to say Translate in Quebec City in 2013. We had record attendance, the weather was ideal, the city was alive with events and activities, and I met all sorts of wonderful people. That’s why we’re doing it all again in 2017—and if you haven’t ever been to Quebec City, you simply must attend. It’s like a cross between San Francisco and Saint-Malo.

BK: What do you know now that you wish you had known before you organized your first Translate In conference?

GH: As much as it’s wonderful to hold events in the Catskills or the Laurentian Mountains, or in places like the Eastern Townships, because you get that real, away-from-it-all resort feel, it’s still better to choose localities it is easy for people to travel to. Chantilly in 2015 was just outside Paris and was fabulous. Last year in Cambridge was equally memorable and only a short train ride from London. And as I said, Quebec City was a smash hit.

BK: What are you most looking forward to for On traduit à Québec this summer?

GH: Each conference has brought me a wealth of new acquaintances and colleagues, and that is just about one of the best things. I know I’m going to meet some fascinating people this summer. But even as a translation veteran and an instructor myself, my true highlight is the other workshops by my colleagues. These people are so smart, and you glean such insights from them!

BK: Do you have any advice for those translators who are in an underserved niche and who might want to start a conference of their own?

GH: There are several key points to keep in mind. These are the ones that come immediately to mind:

1. Make sure you have a great instructor team made up of actual translation practitioners who can bring real-world examples to the table. And make sure they’re at ease with the whole idea of teaching.

2. Choose a locale where there is a concentration of translators working in your language pair. For example, if it’s Italian and English, hold the conference in Italy.

3. Leave some networking time in your schedule. Ideally, you should organize several social events.

4.Price your event high enough to cover your costs, but not so high that it’s a barrier to attendance.

BK: Thank you so much, Grant, for taking the time to answer my questions!

GH: My pleasure. See you all in Quebec City in July!

For more information on On traduit à Québec, visit the official conference website. The conference will run from July 23–26, 2017 in Quebec City and will feature seminars by Grant as well as François Lavallée, Ros Schwartz, Chris Durban, Lillian Clementi, and many others. 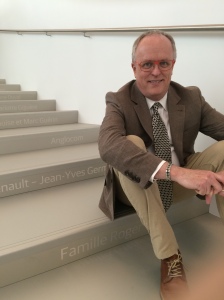 Grant Hamilton is the founder of Anglocom, a French and English translation firm in Quebec City. His Twitter feed, @anglais, is a must-follow for French<>English translators and he is a popular translation workshop presenter and conference organizer, both in Canada and the United States. He is the author of Les trucs d’anglais qu’on a oublié de vous enseigner and was the 2009 winner of ATA’s Alicia Gordon Award for Word Artistry in Translation.

One thought on “On traduit à Québec 2017: Interview with Conference Organizer Grant Hamilton”

This site uses Akismet to reduce spam. Learn how your comment data is processed.

I am a certified French and Mandarin to English translator specializing in corporate communications, financial documentation, and marketing. I am passionate about helping companies communicate with their English-speaking stakeholders.